. . . there was dial-up. I had a webspace through my ISP that I named “Julie Quantum Leaps” where I played around with HTML. In late 1997, I met Charlie Morgan, Elton John’s drummer, whose online “Diary of a Rock Drummer” allowed us all a glimpse of what it’s like to be in a band on a world tour. I was excited to check in and see what part of the world they were in, but oh that yellow . . . 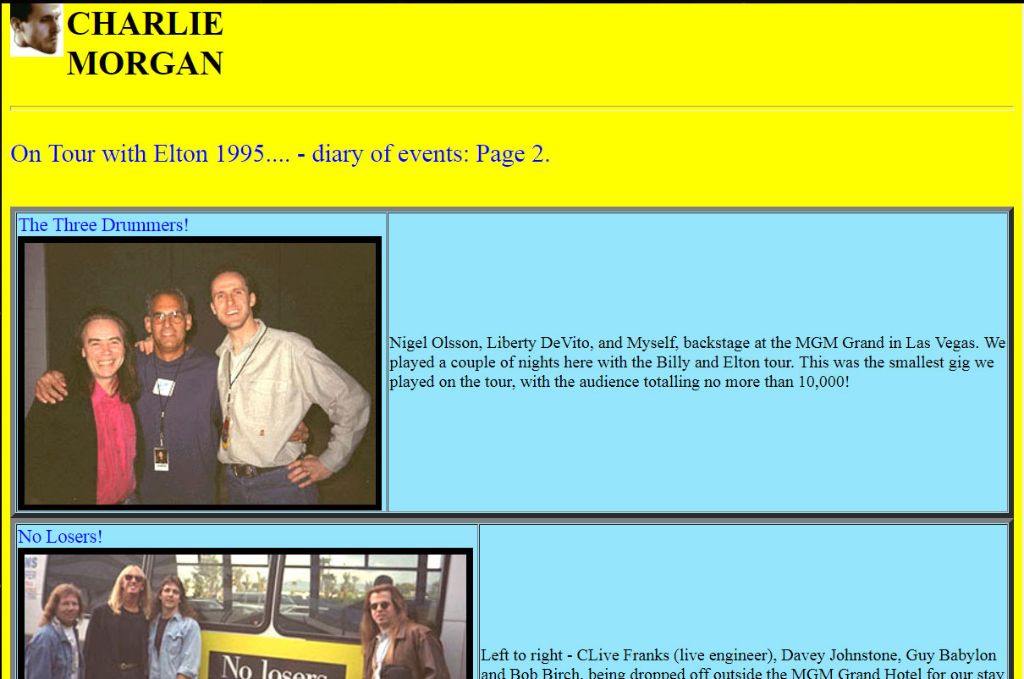 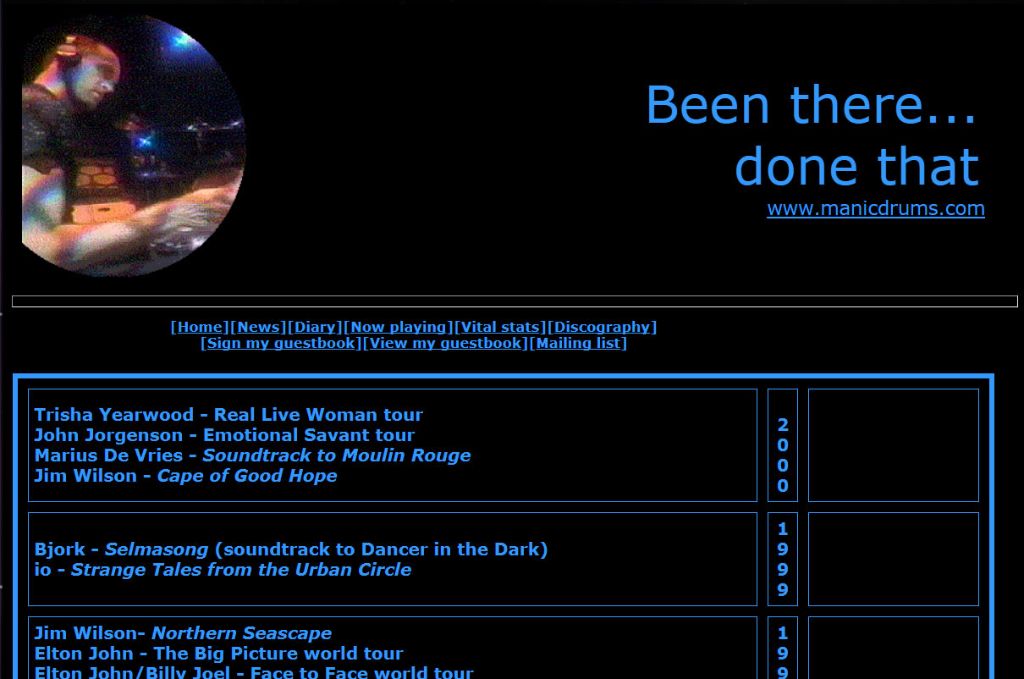 Every time I chatted with Charlie, he would mention this or that album he had played on. It was a veritable Who’s Who of music and the data organizer part of my brain hurt because there wasn’t a place I could go look up all the albums he had played on. Eventually, he hired me as Webmistress to build, maintain and host his site and I’ve been having fun with it ever since! That discography though… I’m not sure we’ll ever have *all* the data from 5 decades of work.

In November of 2001, I decided to make it official and registered Quantum Design Studio the business and purchased the matching domain name.

I learned to code in Flash and used it to build Charlie’s entire site. I miss Flash. I liked the challenge of writing LEAN Flash code so that those on dial-up didn’t have to sit and watch the little round icon spin while their page loaded. And I liked making simple animations, like the little bird from Goodbye Yellow Brick Road that I made “fly” on my friend Jon’s Elton fan site. I was honored to get an email from the album cover’s artist Ian Beck saying he thought the bird was charming. 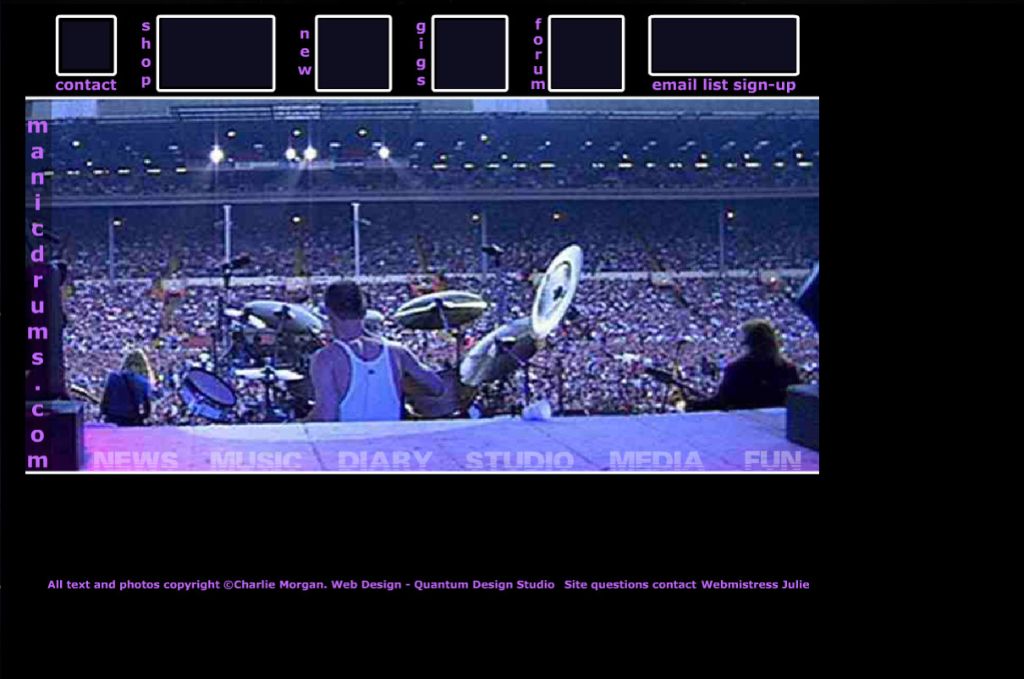 Whatever platform I’m using (it’s been WordPress for awhile now), I like to make unique things. I like to find different ways to do things than the expected. I like to find better ways of doing things. My “job” is not a job to me. And the best part is, I get to create new sites for other people.

Not to be taken lightly. Let’s pretend you changed your name to something with 19 characters. Now imaging typing that new name a few dozen times a day. “q-u-a-n-t-u-m-d-e-s-i-g-n-s-t-u-d-i-o-.-c-o-m” just got to be too much. We called it “QDS” anyway, so I made the decision to change it and do a whole new rebrand: 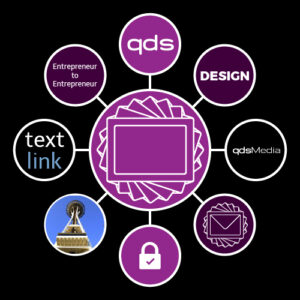 Ok, truth be told, typing wasn’t the only reason for the change. I wanted a new look to reflect our growth and the improvements in our services. 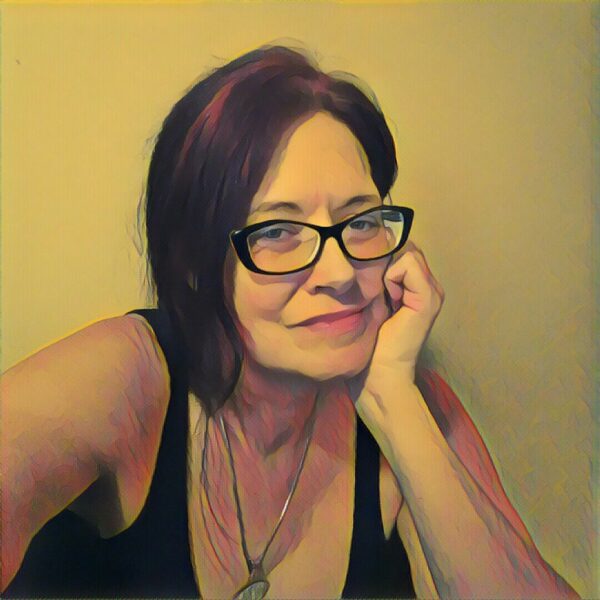 So here we are. Because, you know…

No matter where you go, there you are.